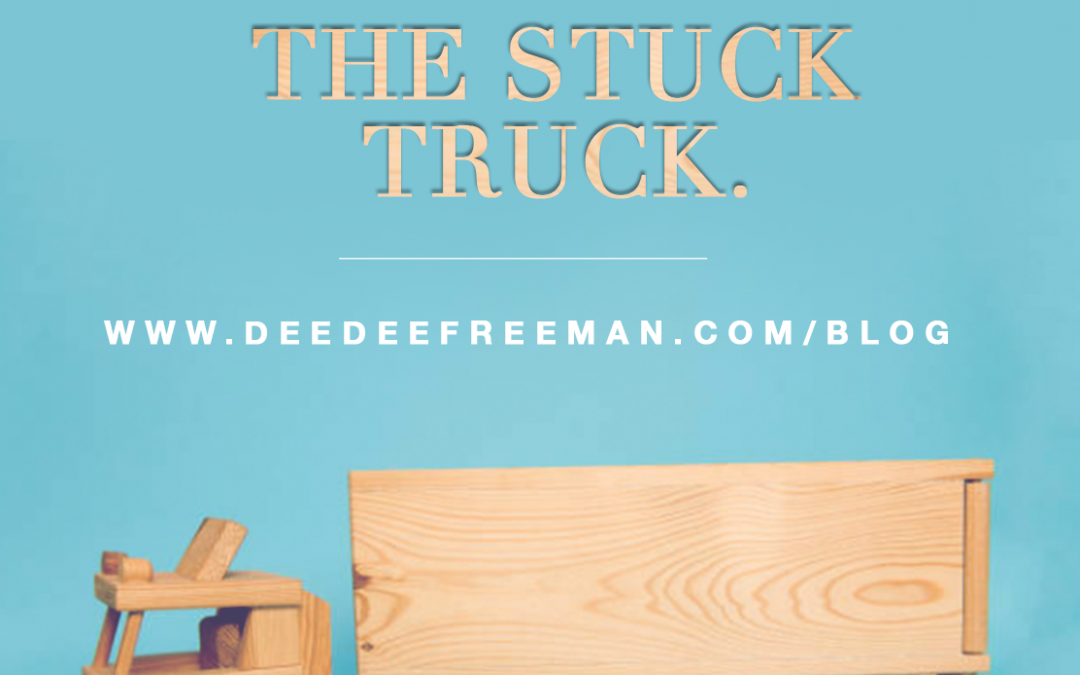 Are you serious? Not again! How many times do this have to happen before it stops? This is such an inconvenience. This was me fussing last week when I left for work and came upon this long truck stuck in the middle of the road. I live close by this street that trucks will sometimes use as a shortcut. Unfortunately, the long 18-wheelers never make it because there is a steep hill right at the end of the street that doesn’t allow such a long vehicle to ride up with ease. I promise you this happens about once or twice a month. Maybe even more at times. The frustration that came over me this particular morning was fierce. I have an appointment man move out of the way! Someone is waiting on me and you have just thrown my schedule off course. Ugh!!!!! I heard Holy Spirit nudging me, “Okay DeeDee calm down you can reroute and still be on time”. Yes, I sure can and that’s exactly what I had to do because someone was in the way.

My question to you, my subscribers, which one are you, the one in the way or the one on the way? There are many that are looking for shortcuts in life and have gone off the course that God has laid out for them. Unfortunately, because they have gone off course they have become just like the tractor trailers – STUCK. You know someone I’m sure, or is it you? You have taken a job that you know you shouldn’t be on or a position in church that someone else should have. How about a pastor who knows they should retire and pass the baton to the next generation or they should have never called themselves to pastor. This is a good one; you are dating a single man that’s someone else’s husband. You know you don’t want him but you want a man so you hold on to him hoping you will like him for real one day. Let the man go so he can find his good thing. Now if you married him you have to work it out (lol). I have to cover all of the bases. Holy Spirit showed me in this experience many are holding up progress not for others but for themselves. I was rerouted and on my way but they were stuck until help arrived.

“Oh I thought that’s what God called me to do?”

To those of you that have come up on what seems to be a blockage to getting to your destination don’t be discouraged. God is about to reroute you! I could have just set there and waited until help arrived for the man in the truck and delayed my own arrival. Why get stuck there and watch others be stuck? I refuse to allow your crazy to make me look crazy too. That’s what the children of Israel did. All of the older people got stuck in the wilderness and died. You would have thought someone would have risen and said, “I refuse to die with y’all in this place of not enough.” Starting today don’t allow yourself to become as frustrated as I did watching the stuck truck. Your stuck truck could be your marriage, your job, or your children. I do not know what it is, however, I know the one with all of the rerouting directions. Your reroute could be a prayer shift, the way you treat your husband, the way you stress over your kids, or your attitude about your job. Whatever it is, relax because you are about to be rerouted my sister.

Below are two pictures on different times of the STUCK TRUCK. Ugh!! Lol 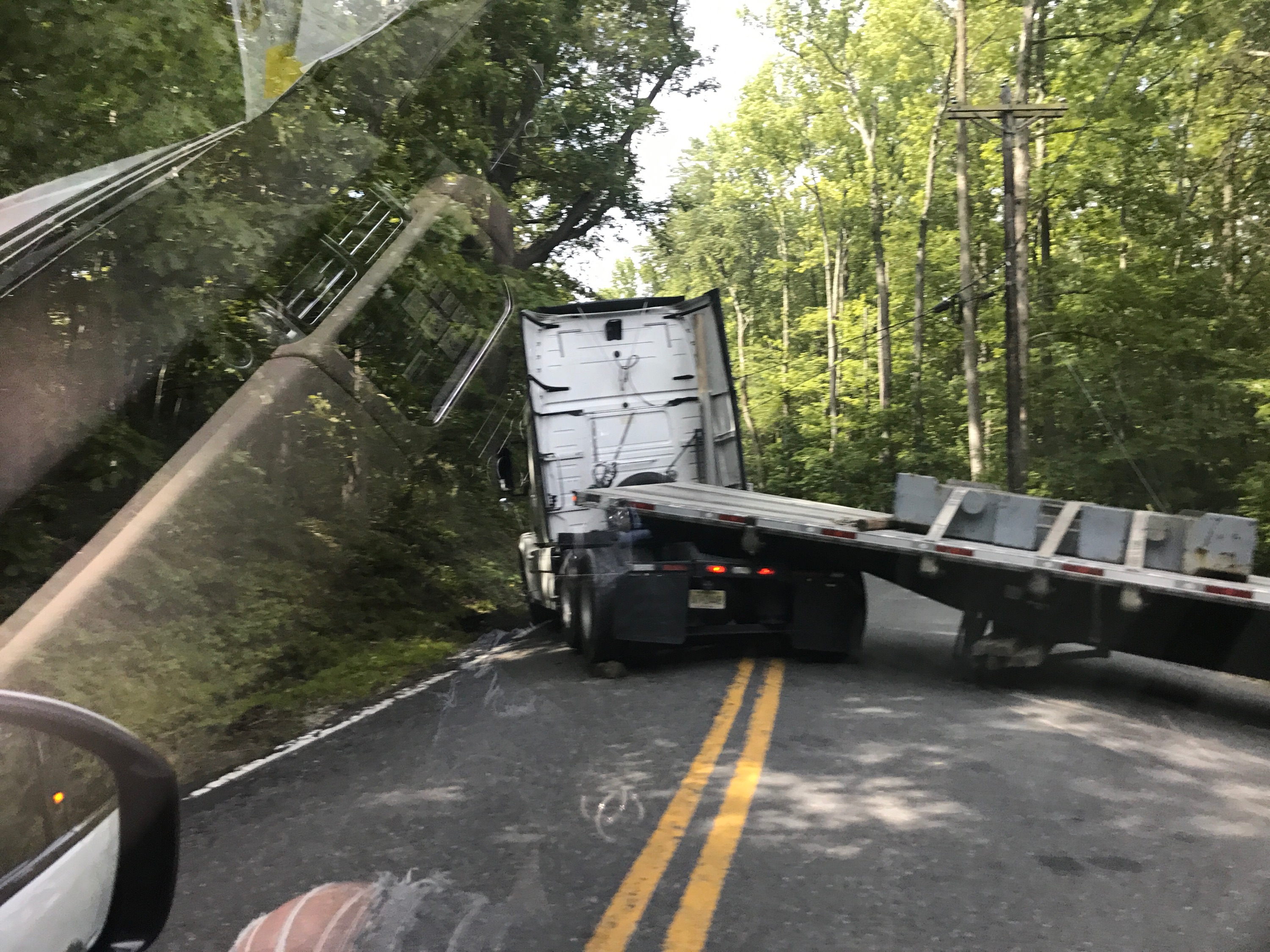 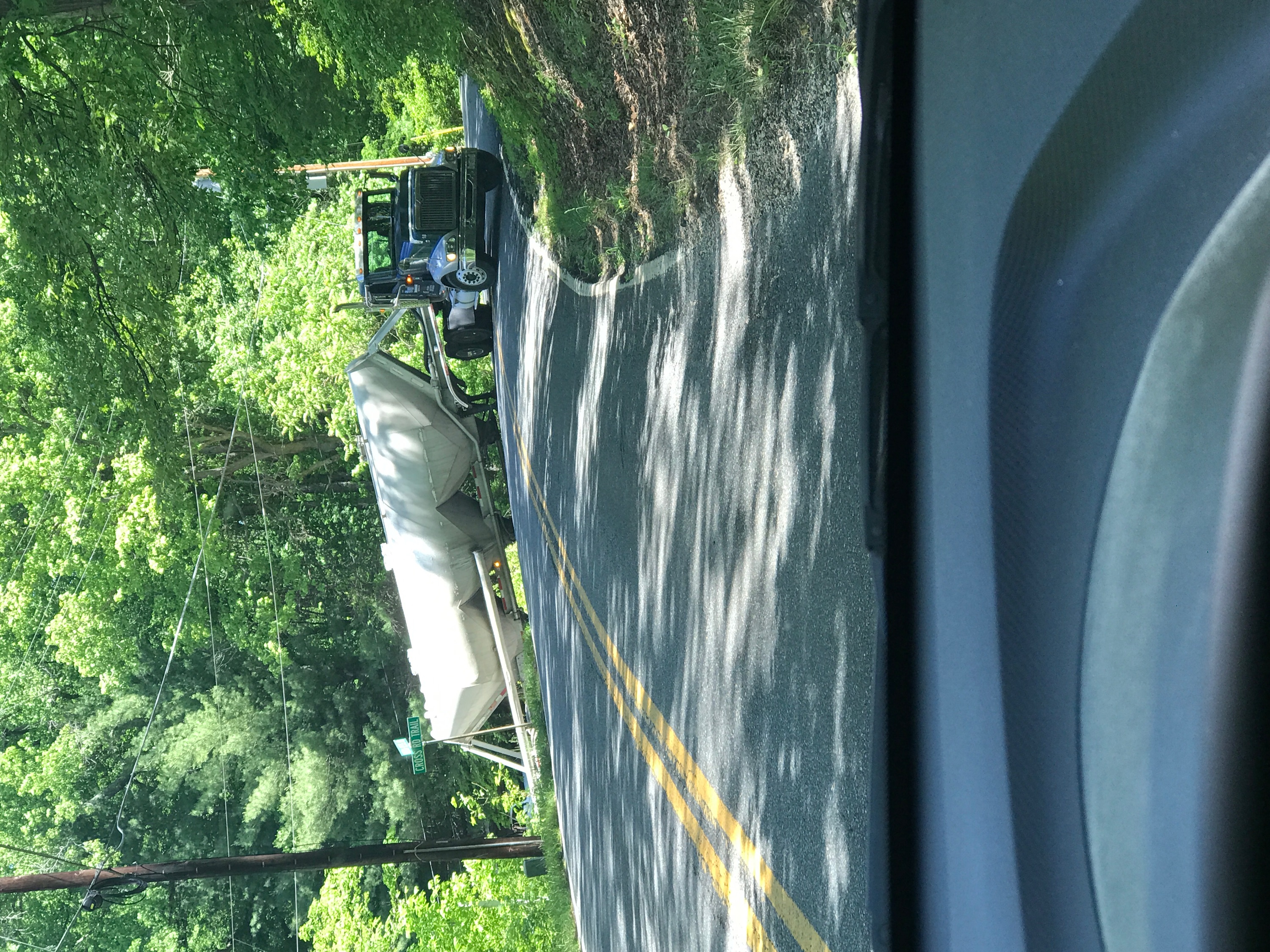