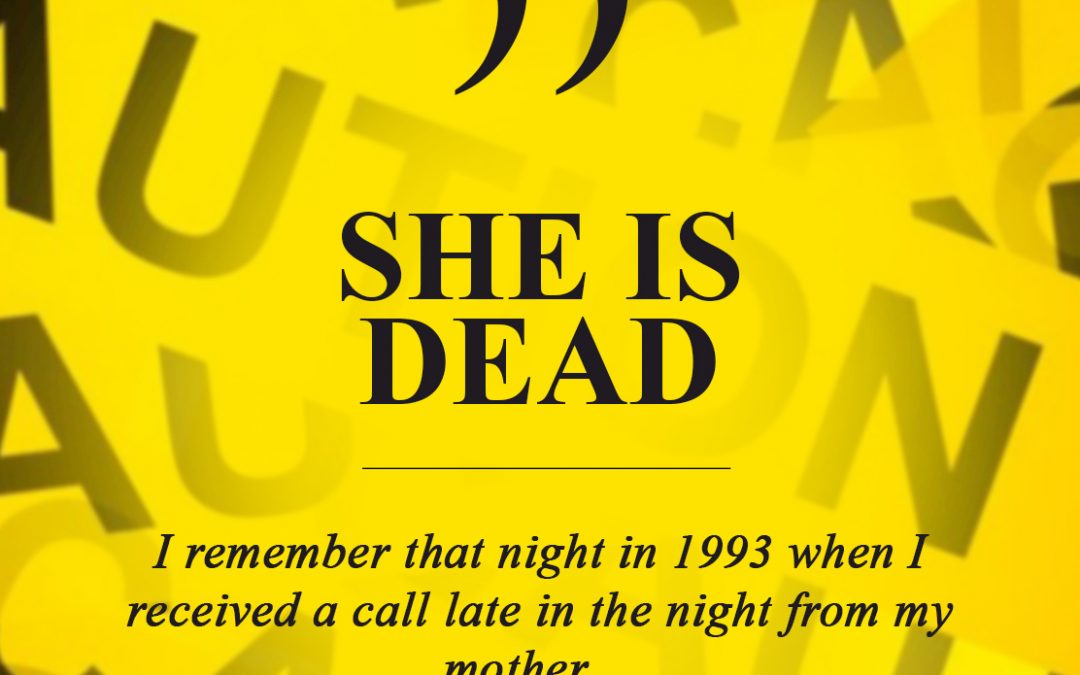 I remember that night in 1993 when I received a call late in the night from my mother. “He killed her!” “Who killed who?” “Dankie killed Diane but he also killed Trina,” she cried frantically.  This had to be the worst call I have ever received. The cries over the phone from my mom were heart wrenching. The man who our entire family had befriended and embraced as a nice guy had just murdered my aunt and her 13yr old daughter while her 22month old daughter watched. He did not just stab once or shoot one time, but he butchered them. The Washington Post described it like this “The crime scene at the house in Northeast Washington was like nothing he had ever seen, the killer’s rage so evident. Hawkins’s heart was left adrift among her innards; her daughter’s was gone.” Who does that to anyone and to a family that have shown you so much love and compassion? How do you murder the mother and sister of your son? What caused you to become that angry and bitter? What happen to your soul for you to enter into such a dark hole? “WHAT HAPPENED” are the two words that my family will have until Jesus returns.

I know this was a bit graphic for some, but for some of you that are in an abusive relationship I need you to see the possibility of your end if you do not get out. The church has been silent too long as it relates to domestic violence. Don’t fool yourself to believe that this doesn’t go on in the church. Pastors, deacons, ministers, choir directors, and every other area of ministry are not exempt from this attack. Studies show that 1 in every 4 women will encounter domestic violence. What’s even more sad about this is that their children will witness it and will later perpetuate what they have been raised in. Look at these stats that I read on “Love is respect .org “

If you don’t get out for you then get out for your kids so we can stop this. My husband says all of  the time that more is caught then taught. Let’s send the right message. If this is you that I am speaking of get a plan of action in place to leave. Some say they don’t have the resources to leave. Well, I would rather sleep on a curb alive to raise my children than buried and the system is left to do it. Your life and the life of your children are just that serious. Statistics also show that 70% of the women in prison are there for domestic violence. Don’t allow anyone to push you to take a life and to give yours up. You are needed in the earth to fulfill purpose. Walk away with pride and dignity.

This is for everyone that is reading this. You are wonderfully created to take care of the Father’s business. Don’t allow any man to take your self-esteem, self-worth, or your self-value away. Jesus paid His life for your worth and He is the only one that has the right to define you. So hold your head HIGH today knowing that you are royalty and that you are one bad chick.